Foods That Start With X

Are you stuck in your game of searching for a list of foods that start with X? Well, you are in the right place! We have compiled a list of foods starting with the letter X for your perusal.

While it seems pretty strange, there are quite a lot of foods beginning with the letter X, including snacks and breakfast items. We also have many fruits beginning with X. Here is to hoping that you find what you are looking for! Let us start with something you might have already heard of…

Whether you celebrate Christmas or not, you have certainly heard of Xmas cookies before. Xmas cookies are simply another name for Christmas cookies. Cookies at Christmas are a tradition, one everyone celebrates eagerly. After all, who doesn’t love a nice cookie? The cookies may be made at home or at the store for those with less culinary inclination.

In accordance with holiday traditions, the cookies are made in various shapes, emulating the Christmas tree or candy canes or the socks hanging by the mantel. The colorful festive frosting is used to add an extra touch.

Many families have their individual traditions regarding Xmas cookies too. Those traditions may involve something like having the youngest child decorate the first cookie or having the oldest child do it. Tell us your family traditions!

Next on our list of foods beginning with X is Xylitol. Nowadays, the single most harmful addition to our diet is considered to be sugar. Thus, alternate sweeteners such as xylitol are rapidly becoming more popular. Xylitol is an additive that occurs naturally in some plants. It is classified as sugar alcohol (Note: this is not the kind of alcohol that makes you drunk).

Xylitol looks like sugar and tastes like it too! It is a weight-loss-friendly sweetener. Xylitol is also a common ingredient in items such as candies, chewing gum, and peanut butter.

The newest food beginning with X on our list is Xanthan gum. If you cook or bake regularly, there is a high chance that you have heard of this. Even if you have never heard of xanthan gum, you likely consume it several times a week. This is because xanthan gum is in many things: from salad dressings and soups to ice creams and gravies.

People with a love of Italian foods may have heard of this food starting with the letter X. Xavier soup is named after the Roman Catholic missionary Francis Xavier. The soup itself is a chicken soup containing parmesan dumplings. Cheese lovers may appreciate this simply for the parmesan content.

A rich chicken broth is used for making the soup, and it may be garnished with a simple sprig of parsley on top. Other ingredients include butter, egg yolks, and heavy cream. Spices such as red pepper flakes, cinnamon, and nutmeg are also included. Can you taste it already? Yum! This soup is also eaten on 3rd December, marking the Feast of St. Francis Xavier.

Next on our list of foods beginning with X is Xavier steak. As you can guess from the name, this dish is also named in honor of the same St. Francis Xavier in tribute to whom Xavier soup was named. This dish has some very simple ingredients and combines them to make a truly remarkable recipe, one sure to be loved by all.

In essence, Xavier steak is a basic grilled steak. After grilling, it is topped with asparagus and olive oil and then covered with cheese slices. Then, it is broiled until the cheese has melted and molded itself to the steak. Once all these steps are complete, this delicious dinner can be eaten.

Are you a fan of spicy food? If so, then this food beginning with X may very well become your next favorite thing! Xnipec is a Mexican dish, and it is also called Yucatecan sauce or pickled onions. Other common spellings for this dish are ixnipec, xni’pek, ni’peek, xnepek, etc.

This salsa dish is made with habanero pepper, salt, bitter orange juice, and purple onions. Other ingredients such as oregano, bay leaf, vinegar, pepper, or coriander may also be used.

Sweet orange juice may be used as an alternate for bitter orange juice; in this case, lemon juice must be added. This sauce is used as an accompaniment to chcolomo, poc chuc, salpicón, tikin xic, panuchos, and cochinita pibil, etc. All these dishes are of Mexican origin.

For those who are unused to spicy dishes, be warned: the habanero chili is one of the hottest chilies on the Scoville scale.

What is this newest dish on the list of foods beginning with X? It looks like something complicated and fancy, doesn’t it? Wrong on both counts! Xigua is simply the Chinese name for the fruit we all know and love, watermelon. The literal translation of Xigua is ‘western fruit’, reflecting its foreign status.

As you might already know, this fruit is one for the hot summers. It contains a large amount of water, thus keeping you from dehydration. It’s actually very refreshing and is quite popular as a breakfast food.

Xigua can have a bright red, pink, yellow, white, or orange flesh, while the rind is usually green and either mottled or striped. Just like any other watermelon, xigua can be eaten alone, added to salads, and made into juice, chilled desserts, or even popsicles.

What is this? Another fruit beginning with X? Yes, it is! The Xinomavro grape is a dark-skinned variety that has become part of the most popular red grape varieties in Greece in the past decade. These grapes are native to mountainous regions of Macedonia in northern Greece. They are an excellent grape for the manufacture of wine.

Red wines made from these grapes are quite appreciated. Although careful handling is needed for these grapes in the vineyard, as they can be somewhat inconsistent. Xinomavro grapes are acidic, so their wines have good cellaring potential. Thus, the wine can accompany a great variety of foods. These grapes can also be eaten raw or made into jams and preserves.

The next food on our list of foods beginning with the letter X is Xia mi. It is a type of shrimp, named as such in Chinese. The name of this shrimp literally translates to ‘shrimp rice’. Xia mi is simply a very small, dehydrated shrimp. No rice is involved; the name is simply due to its small size.

It is a very usual ingredient in Asian cuisine, including Chinese, Malaysian, Vietnamese, Burmese, and Korean cuisine, along with others. Xia mi has a mild flavor, so either it is mixed with other, more savory dishes in order to create a more complete palette of flavors, or it is seasoned with ingredients such as ginger, garlic, scallions, soy sauce, hot peppers, and sugar.

Next up, we have xanthia. Xanthia is a cocktail, made up of cherry brandy, gin, and yellow chartreuse. As this drink is served chilled, please don’t forget the ice. Depending on the amounts of each liquid, which changes by recipe, this alcoholic drink may be any shade from a darker red to bright orange, or a sunlight yellow. The original instructions to make xanthia include stirring or shaking it.

The overall drink has a sweet flavor, combining the fruitiness of the cherry and the herbal hints of the chartreuse yellow. Xanthia can be made more or less sweet, according to preference, by adding or removing the cherry brandy. Why not serve this drink the next time you have guests over?

Now, let’s talk about xacuti. This dish is a nice spicy Indian curry originating from Goa, a province in India. It is a meat dish, so vegetarians might want to avoid it. The meat, usually chicken, lamb, or beef, is cooked and put in the coconut paste prepared by tossing with spices. Other ingredients such as coconut, red chilies, and poppy seeds are used.

As is usual in Indian dishes, the meat is cooked in a wonderfully rich gravy. Spices such as chili, cloves, turmeric, nutmeg, coriander seeds, cumin seeds, cinnamon, and black pepper are used. Onions and/or tomatoes form the base of the gravy. This dish is also called shagoti in its native region of Goa, or chacuti in Portuguese.

Looking to try a new dessert? Try out this delicious snack, which has certainly earned its place on the list of foods beginning with X. Xi gua lao is a Belgian jelly dessert. This sweet treat is made primarily from watermelon and cherries, involving sweeteners, ice, agar, and vanilla powder to add a nice aroma. Everything except the fruits is boiled to be made into a syrup.

After the syrup is made, it is cooled a bit, and then cut up pieces of cherries and watermelon juice is added to the syrup. The overall mixture is then frozen and served in a watermelon slice-like shape. Enjoy your xi gua lao!

This fruit is smooth in texture and is quite juicy. The seeds of this fruit are all found embedded in the central bright red flesh of the fruit. The seeds are a couple dozen in number and are quite small.

Xoconostle cactus fruit is native to Mexico. It may be eaten as it is, or it may be added to sauces and salsas to enhance them with a tangy note.

And here we have another dessert starting with X. The main ingredients of Xingren doufu, are almond milk, and sugar. Almond milk and sugar are mixed, strained, sweetened, then heated with a clotting agent such as agar, and frozen. This dessert is served chilled. This mixture then turns to a soft jellied consistency and has a soft golden or white color. Xingren doufu is a traditional Beijing, Japanese, and Cantonese dessert.

Xingren doufu also has a variety of other names such as almond tofu, xingren tofu, and almond jelly. The word tofu here simply refers to its texture, no soybeans are used, and this dessert involves no tofu.

Next on the list of foods starting with the letter X, we have xylocarp cupcakes. The word xylocarp, by botanical definition, refers to the type of fruits that have a hard woody pericarp (outer layer), such as coconuts. Coconuts have a firm brown outer layer, with juicy white flesh inside. This flesh is eaten as it is, or it is dried. The dried coconut can then be grated to make into a topping for cakes or cupcakes, and even curries such as xacuti (mentioned above).

And with xylocarp cupcakes, we now conclude our list of foods beginning with X. You will definitely beat all your challenges now! We hope you liked this list. Consider making one of these delicious desserts starting with x next time you have a craving! 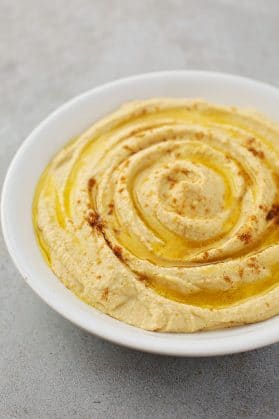 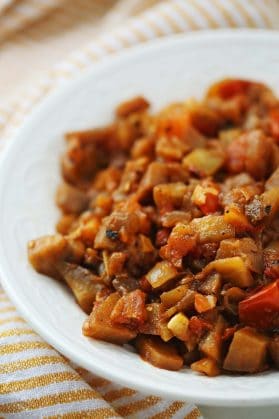 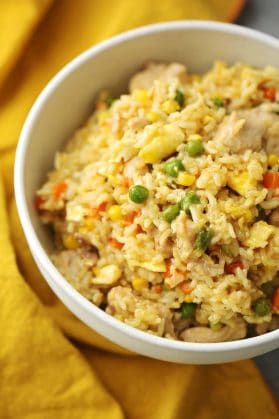 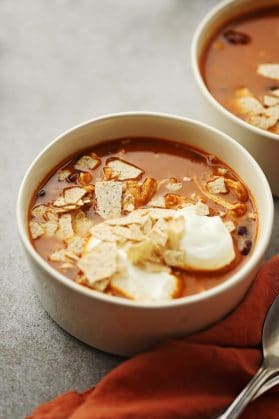 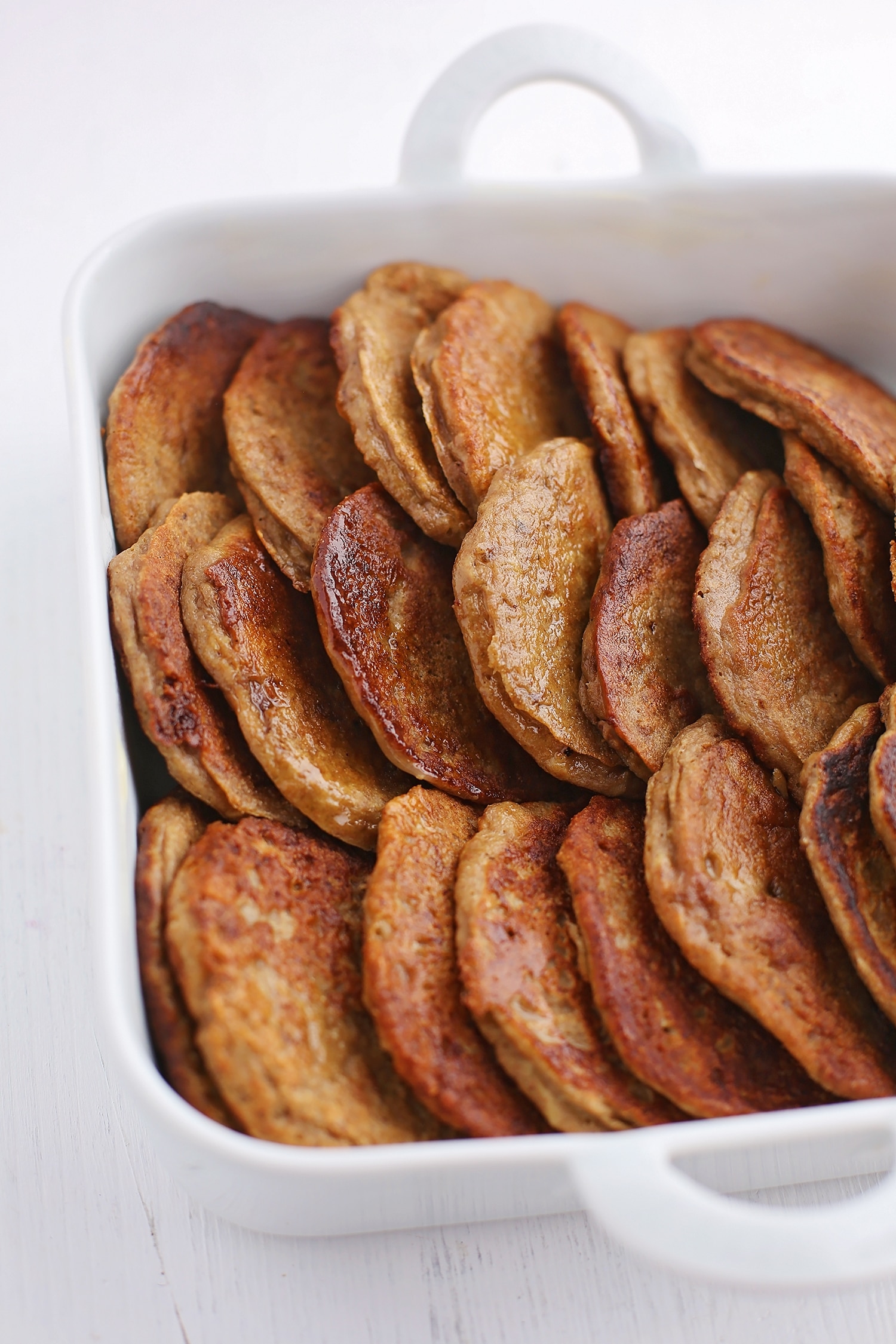