Not everyone has allspice in their kitchen; here is an allspice substitute list for when you still want that peppery bite and sweetness. If you’re craving jerk chicken or gingerbread cookies, you’re likely looking for the spicy-sweet flavor of allspice. This unique seasoning offers a kick to any dish and has many uses.

Allspice is not a spice blend like its name suggests. Instead, it is a seasoning made from allspice berries. These berries are extracted from Evergreen trees before they ripen. Afterward, these berries are fermented, dried, and packed into jars for use in the kitchen. They work well for sweet and savory recipes due to their complex flavor.

You can purchase allspice ground or as whole allspice berries. You will need to grate whole berries for some recipes before including them. This seasoning offers the flavors of cloves, cinnamon, and nutmeg to dishes.

Depending on which country allspice is used in determines its uses. For example, it’s common to see allspice in jerk seasoning in the Caribbean. European cuisine uses allspice for pickling and to add flavor to pâtés.

The main variety of allspice is Jamaican allspice; you’ll likely see this variety at the grocery store. Other types include “Carolina allspice” and “Wild allspice”, aka spicebush, both edible. There is another type, “Japanese allspice”, though it is most often used as a decorative plant outside of Asia.

Using whole allspice berries is the best allspice substitute for ground allspice. It offers a fresher, more pungent taste to recipes. It’s preferred to use whole berries over the ground version since the flavor can disappear fast once they become a powder.

Pros
These berries are available in all grocery stores and are affordable to purchase. They add a more robust flavor to recipes than ground allspice, and you can use them in all ground allspice recipes.

Cons
Using whole berries can add an extra step to the cooking process of grinding them first.

Cooking Tip:
Use six berries for every ½ teaspoon of allspice powder.

Ground cloves are an excellent ground allspice substitute. Since allspice offers a clove-like taste, cloves will partially mimic the flavor. Cloves provide a bold, intense flavor that is sweet, bitter, and slightly spicy. You’ll find this replacement offers a stronger taste than allspice, meaning you’ll need to use less in recipes to avoid overpowering other more subtle flavors.

You can use cloves for many recipes, including salad dressing, cookies, and to flavor meats. This spice is also found in multiple seasoning mixes like Chinese five-spice and masala chai.

Pros
Cloves provide a similar complex flavor like that of allspice. They are versatile, and you can use them ground or whole (like allspice berries). Ground cloves are easy to find at your local grocery store.

Cons
With a bold, pungent flavor, it’s easy to use too much clove powder, which will overpower the dish.

Cooking Tip:
Use ½ the amount required for your recipe, adjusting to your taste preference.

Like ground cloves, whole cloves provide a similar flavor to allspice. This version of cloves is left whole and appears like a dark brown “pin” when found at the store. Like the ground version, you can use whole cloves for various dishes, including marinades, pickling, mulled cider/tea, or as a garnish for meat and fruit. To use whole cloves as a garnish, you can push in the pointier side to create a design.

This spice also comes from the evergreen tree; cloves are dehydrated flower buds. Since cloves and allspice both originate from evergreens, they offer a similar taste in recipes. Whole cloves are very fragrant and add a delicious warm smell to dishes.

They are not ideal for baked goods, as this spice is much too hard to bite. However, any recipe which includes removal before consuming (like strained soup stock) will work well with whole cloves.

Pros
Whole cloves are a good substitute for allspice berries; you can use them for nearly all recipes that call for this version of allspice. They offer aromatics and a delicious sweet and bitter taste with heat, like allspice.

Cons
You cannot use whole cloves for baked goods or desserts unless you remove the dried buds before consuming the dessert.

Cooking Tip:
Use a 1:1 ratio to replace allspice berries.

While most people include this spice in sweet recipes like pumpkin spice cake or pumpkin pie, you can use pumpkin pie spice for sweet and savory dishes. You will want to add additional seasoning according to the recipe.

Pros
Pumpkin spice is complex in flavor due to the combination of spices in this seasoning mix. It mimics the taste of the allspice, except for the ginger inclusion. You can use pumpkin spice for many recipes, making this an excellent alternative.

Cons
Since pumpkin pie spice also incorporates ginger into the mixture, there will be a slight flavor difference in recipes.

As allspice offers a cinnamon flavor, this option works well as an allspice alternative. Cinnamon provides a sweet, citrusy, slightly spicy taste. You can use this spice for sweet and savory dishes, though it is commonly associated with baked goods and desserts.

Cinnamon has been used for thousands of years, dating back to the ancient Egyptians and China. Its original use was for seasoning meat and medicinal purposes. Now, cinnamon is mainly a culinary ingredient. Some dishes you can include cinnamon in are shwarma, chili, biryani, and Jamaican jerk recipes.

Pros
Using cinnamon in recipes adds sweetness, heat, and slight bitterness, providing a similar flavor to allspice. You can use cinnamon for sweet and savory recipes, like the above replacements.

Cons
As cinnamon also offers a citrus taste, there will be a slight flavor difference in recipes. It also lacks the flavor of cloves and nutmeg, so you may want to add a sprinkle of these seasonings if you have them on hand.
Depending on the type of cinnamon you purchase, this option is pricier than most other replacements.

Cooking Tip:
Use a 1:1 ratio to replace allspice with ground cinnamon.

Like ground cloves and ground cinnamon, nutmeg works well as an alternative to allspice as it is one of its flavor notes. Ground nutmeg provides a peppery, earthy taste and an aromatic fragrance to food. You can use this spice for sweet and savory recipes, making it a versatile allspice replacement.

If you can opt for the whole nutmeg that you can grate or grind just before use, the flavor is most intense at this time. However, ground nutmeg is convenient and will offer the same taste to recipes more subtly.

Pros
Nutmeg provides a similar flavor to allspice; it offers a similar peppery heat and sweetness. You can use it in various dishes, both sweet and savory. Ground nutmeg is easy to find at the grocery store if you don’t have any on hand.

Cons
While nutmeg offers some of the same flavor notes, it does lack others. You’ll likely notice a difference in flavor when using nutmeg over allspice.

Cooking Tip:
Star with ½ the amount required by the recipe, and adjust as needed.

If you want to mimic the flavor of allspice more closely, you can make a homemade spice blend using seasoning that most already have in their kitchen. You’ll want to blend ground cinnamon, ground cloves, and ground nutmeg in equal portions.

Using the above combination will provide a close taste match to allspice. You can use this mixture for all recipes – sweet and savory, requiring allspice.

This allspice replacement provides the opportunity to adjust the spices you include to the recipe you intend to make. For example, if you’re creating a savory dish and enjoy a spicier taste, you can also use some freshly ground black peppercorns or a dash of cayenne pepper.

Pros
This alternative offers the closest flavor match besides whole allspice berries. You likely already have the spices required for this mixture in your kitchen, making them easily accessible. You can change the spice mix to your liking or the recipe, and you can use the base mix of cinnamon, cloves, and nutmeg in every allspice dish.

Cons
It will take a few extra minutes to create the mixture, adding an extra step to your recipe.

Cooking Tip:
Use in a 1:1 ratio as an allspice replacement.

Black peppercorns are a great option if you’re looking for a replacement that offers heat to recipes. They provide a sweet and sour taste, and they work well with savory recipes like a crust for a variety of meats and flavor sauces. You can also grind peppercorns more finely to use in recipes.

Black peppercorns do not work well with sweet recipes or desserts; keep this in mind when reaching for this option. They’re also spicier than regular black pepper. If you plan to include both in a recipe, you may want to start with a smaller amount first and adjust to your taste preference.

Pros
These peppercorns are an excellent option for adding a spicy taste to dishes. Use black peppercorns if you’re only looking to replace the sweetness and heat from allspice in a recipe.

Cons
Black peppercorns do not bode well with sweet recipes. They also lack additional flavor notes that are present in allspice.

Cooking Tip:
Start with ½ the amount required by the recipe and adjust to your taste.

What Can I Use if I Don’t Have allspice?

There are many available allspice substitutes, though they vary based on which type of recipe you intend to make. Ground cloves, whole allspice berries, or a DIY spice mix are the best alternatives out of the above list. Additional options not listed above include apple pie spice, Jamaican jerk seasoning, and star anise.

Can You Substitute Mixed Spice for Allspice?

Yes, you can substitute mixed spice for allspice. Mixed spice combines mace, caraway, cinnamon, coriander seeds, nutmeg, ginger, cloves, and allspice. You’ll notice a difference in flavor as mixed spice contains many spices and has a milder taste. Use this substitute for sweet baked recipes only.

What Is Allspice Made up Of?

Allspice only has one ingredient – the allspice berry. The berry is sold dehydrated either as a whole or ground into a powder.

Is Allspice the Same as All-Purpose Seasoning?

What Do I Use Allspice For?

You can use this distinct spice for sweet recipes like cakes, pumpkin pie, and mulled cider. Or, use it for savory recipes like meat marinades, pickling, and flavor sausages. There are quite a few options for allspice, both as a ground spice and in whole berry form.

Avoid the stress when you run out of allspice using the above allspice substitute list. Opt for a DIY mix, ground cloves, cinnamon, or whole allspice berries as the best alternative to ground allspice. Each offers a similar flavor and works well for most, if not all, ground allspice recipes. 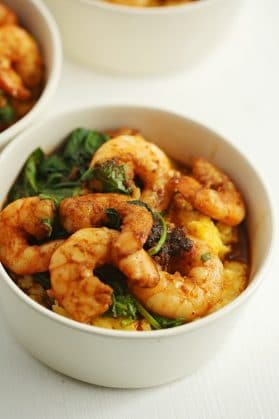 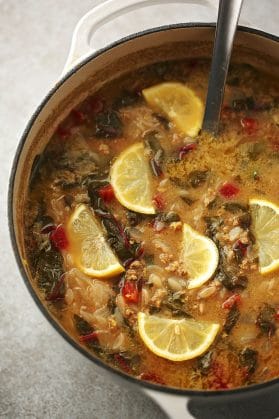 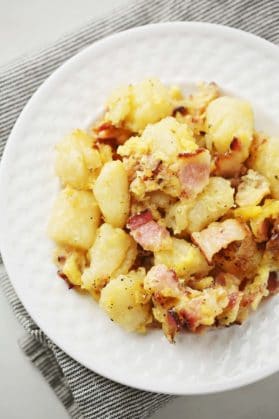 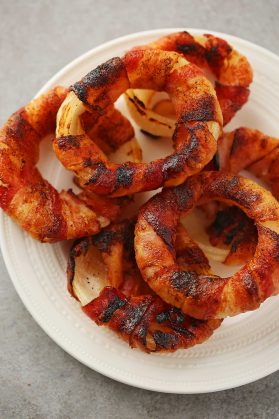